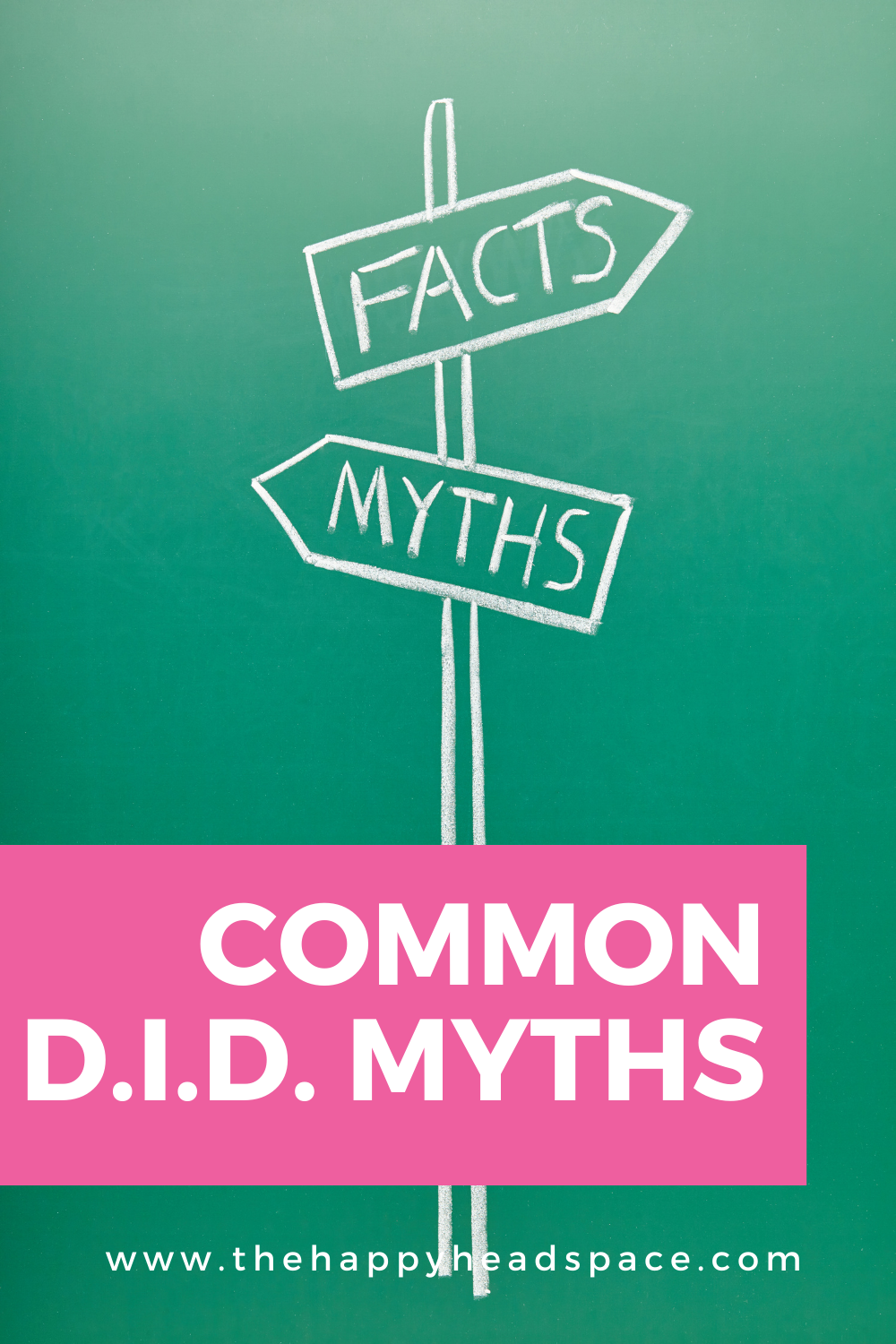 If you have been diagnosed with Dissociative Identity Disorder, you’ve most likely heard a handful of things about the disorder that are nothing more than myths. We know first hand how disorienting it can be to try and sort through all of these tropes. In this article, we’ll go over some of the most common myths surrounding DID so you can know what’s actually going on!

Because of the nature of D.I.D., it’s possible that something in this article could be triggering to your system. Please use caution and your best judgement when reading this article. Safety first!

Disclaimer: We are not doctors, therapists, or mental health professionals. We’re just a bunch of alters that are speaking from personal experience to help other systems live their best lives.

LEARN MORE ABOUT US

One of the first (and most common) myths you’ll hear surrounding DID is that the disorder is not real; it’s just an individual acting out for attention. While DID is an officially recognized mental disorder, for many people, the first time they hear about DID, they’re simply not able to comprehend it.

Even if a person does believe in the disorder, it can be very difficult for them to wrap their mind around that level of trauma happening to a small child. If someone is saying that you’re faking DID for attention, it’s much more likely that they just can’t process what happened to you. It’s easier for their mind to justify it away by saying that you’re making it up for attention.

There are some people, that for one reason or another, think that DID is a form of demon possession. Regardless of what you believe about demons and that kind of thing, no, DID is not demon possession. Your alters were created in response to extreme trauma to keep you alive. None of your alters tried to steal your body or take it away from you in any way.

“Just Ignore The Voices And They’ll Go Away”

If you do speak to someone that believes in DID, a common myth you’ll hear is that if you simply ignore your alters, they’ll go away. Not only is this not true, in a lot of ways, this makes life much more difficult for your whole system. No one likes to be ignored and your headmates are no different. If you try to block them out, you alters will feel forced to get your attention in bigger and bigger ways.

“You Shattered”, “You’re Sick” And “You Can Become ‘Whole’ Again”

This particular myth is more so common amongst therapists that do not specialize in trauma or dissociative disorders. Because they haven’t been properly educated on the disorder and how the disorder originated, you’ll sometimes hear the myth that your mind “shattered” from the trauma that your body sustained.

Since they believe that your mind shattered, they believe that you can essentially glue the pieces back together to create a “whole person”. This is an outdated view on the disorder. Your mind is not like a vase that shattered; it’s like a building that put up more support beams to handle the stress.

There is nothing wrong with you and nothing for you to remove. You don’t need to “piece yourself back together”. You more so need to learn how to cooperate with the other support beams.

“Medication Can Fix DID”

There is no drug that can “fix” your DID because you are not broken or sick. The belief that a medication can reverse your DID comes from the belief that there is some kind of chemical problem inside of your brain.

**Pro tip: Please note that because of the golden rule of DID, what happens to the body happens to ALL alters. Please be very, very mindful of this rule when deciding what medications the body truly needs.

“You Have Evil Alters”

This bologna has been largely spread by the movie Split and things like it. No, you do not have “evil alters”. While it is possible that you could have an alter that identifies as a monster, animal, entity, or something along those lines, they are not evil.

At their root, every alter was created to keep your body safe from some kind of threat. Even now, each of your headmates are doing their best to stay safe. Because some alters are still intellectually minors and they may have been fed awful lies in their past, their are some headmates that are acting in very counterproductive ways. This does not make them evil. They simple need some love and a little education.

Now that you know about the most common myths surrounding DID, what can you do to educate your system further? Check out this article about DID treatment options to see what might be the best course of action for your system!